Another Lakeside Pool Party in April! Thank you to the Struzenski family!

On Saturday, April 6th,Nancy Struzenski ,along with her sister and brother surprised their mother, Rosemary Struzenski, with an early birthday party! All Lakeside residents were invited to participate in this surprise pool party! Thank you, Nancy and family, for the wine and treats! Also, thanks to everyone who came and provided delicious  food! It was quite a spread! Everyone had a wonderful time!  Happy birthday, Rosemary!   Check out some photos in the photo gallery!

Thank You Larry and Susie Warters for a Great Pool Party!

A Lakeside April Fool’s Pool Party was hosted by Larry and Susie Warters on April 3rd! Thank you, Larry and Susie, for your generous hospitality! Everyone loved the barbeque dinner and drinks! Thanks SO much! It is always great to get together with our Lakeside neighbors!

More photos of this event are in the PHOTO GALLERY! 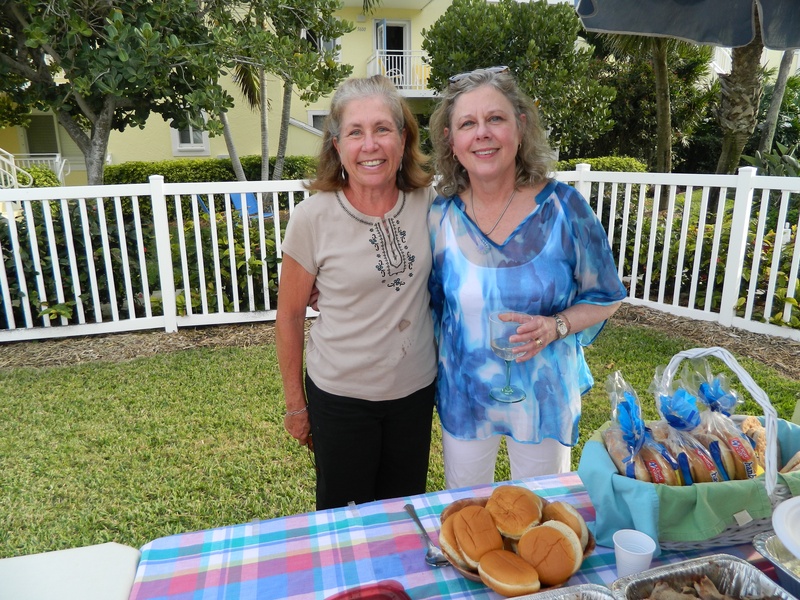 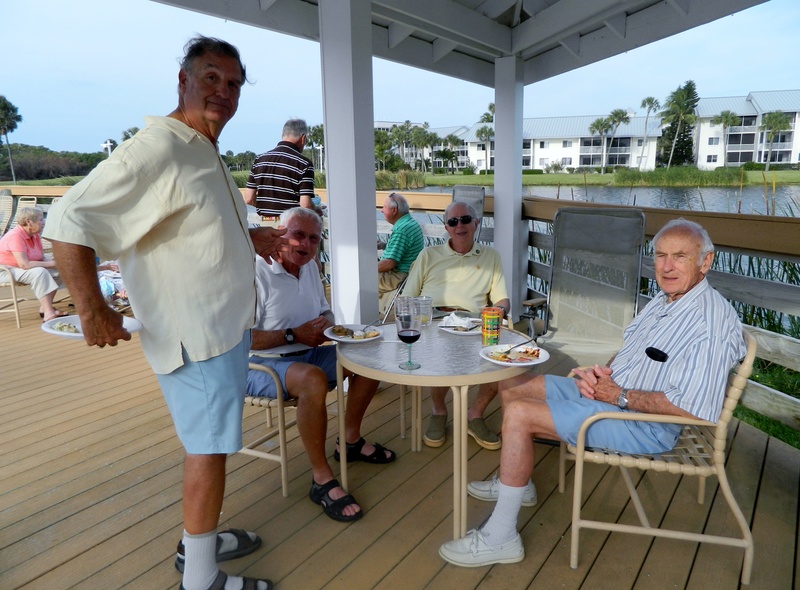 Thank you Diane and Darren for organizing such a great " pre-holiday" party at Lakeside! It was great to see so many homeowners attend! Thanks also to " Chef Joe" and " Chef Darren"! Your time spent grilling was appreciated by everyone! The steak, shrimp, and dolphin were delicious!! Comments around the Lakeside pool were......" WOW, this food is amazing!" Thanks also to everyone who came with appetizers and desserts. There was enough food to fill us up for the week! Most importantly, thanks to everyone who attended this great event!

Thank you Diane and Darren for organizing a Lakeside Cookout!

Where: Our beautiful pool

Who: Everyone is welcome!!

Why: Because we can.... and we are eager to see our seasonal friends and nighbors!

Steaks, Caesar salad and potatoes supplied. Please bring yourself, a beverage and a smile. Appetizers are optional.

Thank you for organizing a Lakeside-Tennis Villas Golf Outing

For many years, Lakeside has held an annual " Lakeside Open" golf outing and dinner. There has not been a golf event for a few years. This year, we will be having a golf event with the Tennis Villas on March 3rd, 2013 ( check calendar on website).

Where: Ocean Club at IRP and Osprey Room at Marriott Resort Hotel

Golf will TEE off at 3:00 PM. Cocktails and Dinner will commence at 5:30 PM at the Osprey Room at the Marriott Resort Hotel. Normal greens fees for golf will apply, depending on membership status. Dinner will be $50 pp.

Thank you to the palm pruning committee!

Thank you to the Lakeside Condo homeowners who served on the palm pruning committee last spring. This September, our palms were pruned correctly!

Excerpts from " Facts and issues regarding cabbage palms and their pruning" by Geoff Norris:

• Palms are highly unique in their structure, and quite unlike both the hardwood trees and softwood trees that are more familiar to most of us coming from the north temperate zones. In the case of cabbage palms (the state tree of Florida), their fronds originate one at a time at a single growth point at the apex of the trunk near the centre of the crown (unlike deciduous and evergreen trees which produce leaves at dozens, hundreds, or thousands of different points on the branches).

• The palm fronds increase in size during their growth and development, and gradually droop down from an initial almost vertical position to a horizontal and then a dangling position.

• Without any pruning, the crown of fronds so produced is spherical or sub-spherical in shape, tending to be greener at the top and a mixture of green and brown below.

• During maturation of the crown, each frond goes through an active stage of growth and photosynthesis. Later as each frond droops down it loses its green colour and turns various shades of yellow and brown. This is a natural process and marks the start of highly important and crucial nutrient transfer from the frond to other parts of the palm tree, such as the trunk, which is essential for the continued good health of the palm.

• If a green palm frond is removed, this is potentially catastrophic for the palm tree because its continued growth and strengthening of the trunk is badly compromised by the loss of the nutrient that has not yet been transferred from the green frond. The nutrients needed to sustain the trunk are cut off when the frond is pruned, and the trunk cannot therefore continue to increase in size.

• Pruning of green cabbage palm fronds has been established as the cause of "penciling" of the trunks (a sharp bottlenecking of the trunk beneath the crown). In turn, this penciling weakens the trunk which otherwise is highly resistant to wind damage.

None of the above points regarding palm tree physiology and anatomy is in anyway contentious with botanists and arborists in the State of Florida. In fact, some Florida counties are so alarmed at the destructiveness of "hurricane cut" cabbage palm pruning that they have banned its use.

Thank you Eddie, Carol, Geoff, and Anne for all your work last spring planting and caring for the flowers by our Lakeside Pool! They were enjoyed by all!!

Oops! This site has expired.

If you are the site owner, please renew your premium subscription or contact support.